MCM led inventory development, design basis and site assessment work in relation to the development of an engineered radioactive waste disposal facility for the Iraqi Ministry of Science and Technology (MoST), with the support of the European Commission (EC).

Ellie Scourse and Neil Chapman of MCM led the site characterisation work, carrying out a comprehensive review of the available information and producing a Site Investigation Survey Specification that determined a need and plan for both an initial non-invasive and additional invasive phase of site investigation work in the lead up to construction. 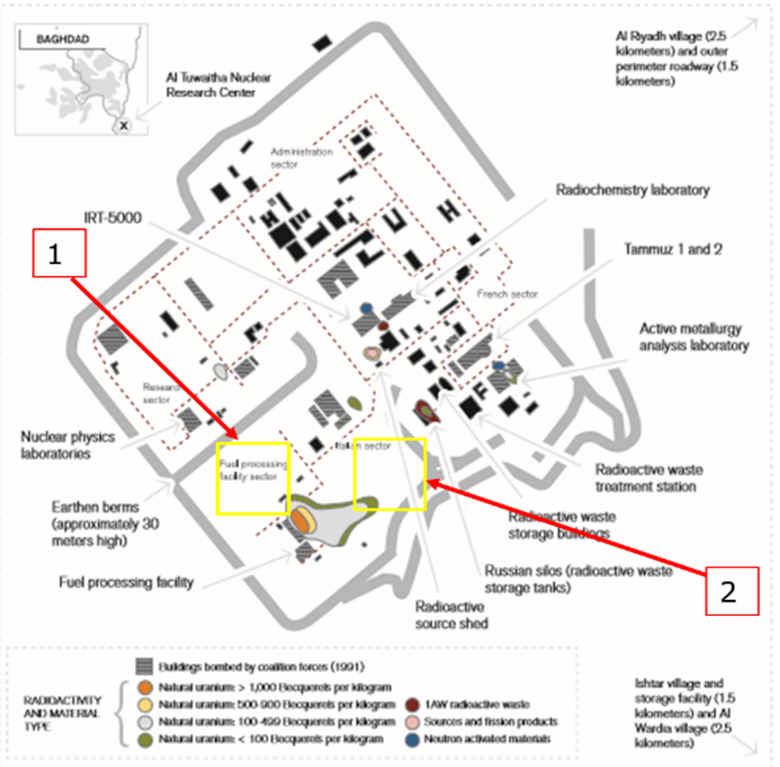 Dr Ally Clark (MCM) led the RWM GDF siting project from 2012 to 2013 in preparation for repository site identification and assessment in Cumbria. This included development of a Geographic Information System (GIS) tool, preparation of documentation and collaboration with the British Geological Survey to establish the approach for above and below-ground siting.

Neil Chapman and Ian McKinley were involved in the early stages of the UK programme, including site screening and on-site investigations. Neil Chapman developed the geological siting guidelines and managed the geological input to site selection for the Nirex deep repository project in the 1980s. Neil Chapman has advised the government advisory group, CoRWM, on the new siting process and was a member of the Environmental Safety Case advisory panel of the NDA (now RWM) that developed the approach to presenting the repository safety impacts to the public and regulators through their first publication of the generic disposal system safety case (gDSSC) in 2010. He has also advised DEFRA on the development of site suitability criteria, and has been a Member of the NDA Advisory Board which is involved in the present UK siting programme, and provided ongoing advice to RWM throughout 2009-2016 on UK siting strategy for the national geological disposal facility via the RWM Technical Advisory Panel (for which Neil was Chairman).