MCM has been contracted by RWM to revise their draft Concepts Status Report, to address peer review comments and capture new work related to concept options and design developments to assess technology maturity and assessment tools. As the UK GDF siting process progresses, a successive programme of optioneering and optimisation will be undertaken to ensure that the most appropriate disposal concepts are selected and developed for the chosen site. The diagram below illustrates the potential for use of several concept options to be used for different wastes within one facility. 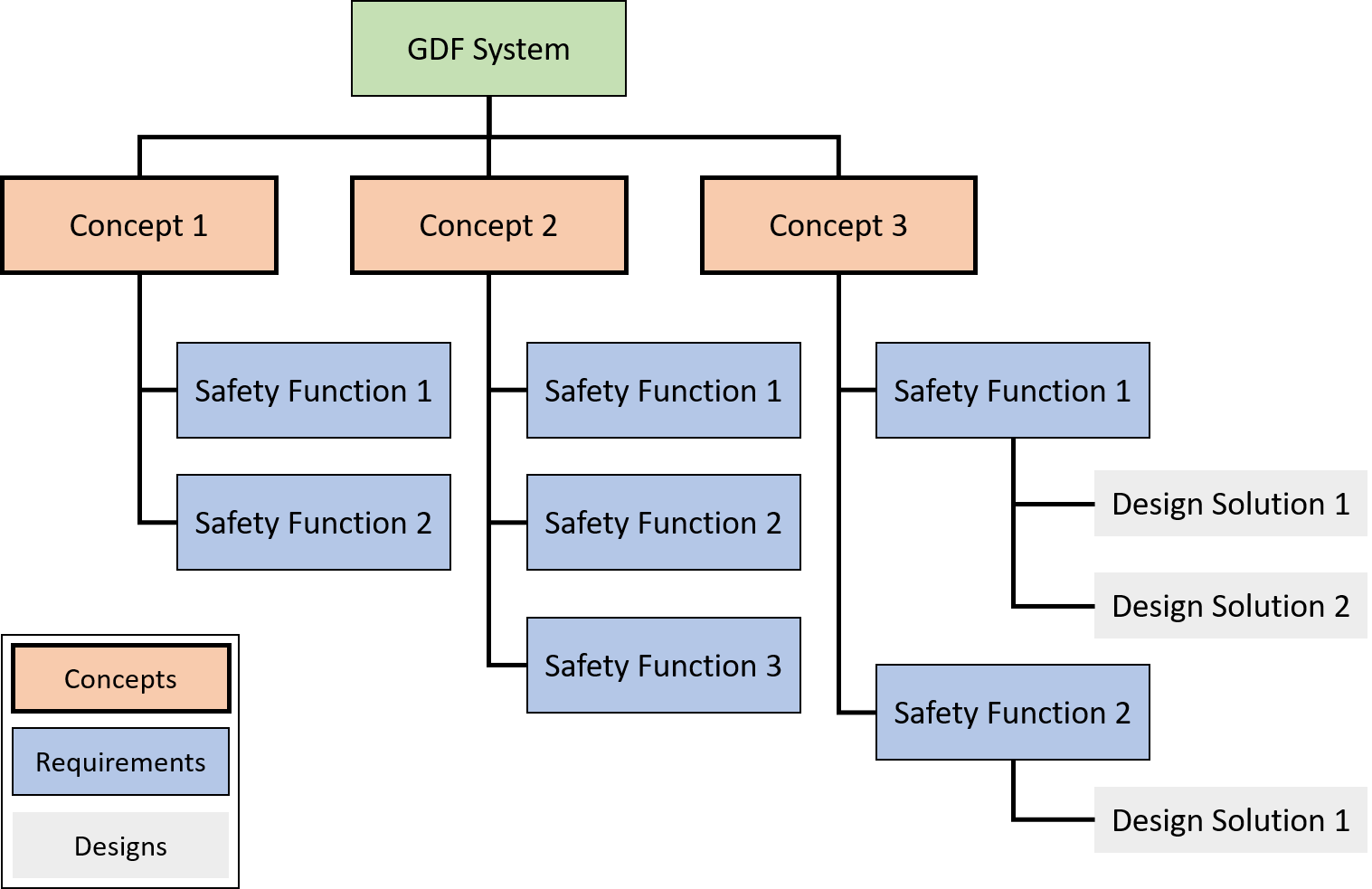 Developing resilient concepts for geological disposal of waste in Japan (2015)

Dr Ian McKinley worked with the Nuclear Waste Management Organization of Japan (NUMO) and Japan Atomic Energy Agency (JAEA) to examine applicability of the concept of resilience, as commonly applied in the nuclear power industry, to a geological repository. Resilience in this context means not only assuring safety during expected conditions, but also resistance to perturbations (including human factors), the mitigation of consequences and the ability to ease recovery.

Varied approaches to disposal concept design, including construction and emplacement schedule are assessed in terms of resilience, where perturbations during the construction phase are considered key. 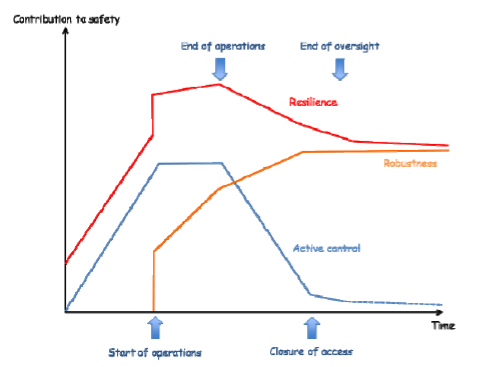 Evaluating technical practicability and feasibility of disposal options for RWM (2014)

MCM, with their partners Wood, have completed a series of workshops with RWM to assess the maturity of available technology options for a number of disposal concept options, including Silos and Mined-borehole Matrices, covering a range of siting scenarios and potential UK host rocks.  International experts with experience of developing and implementing advanced disposal solutions have provided input resulting in detailed tables listing factors impacting technical feasibility against components of each disposal option – as illustrated below. When site specific geological conditions are determined by the UK GDF Siting Process, more precise and detailed evaluations of the technical feasibility and practicability of implementing concept options can be made. The information prepared in this work will be used as a part of the concepts knowledge base to support these as part of the RWM Concept Selection Process.

Technical practicability and feasibility of implementation of disposal concepts (2014)

In order to scope and inform concept development work, a set of common geological disposal implementation assumptions was generated concerning areas which are applicable to any geological disposal concept, such as the waste inventory and its availability schedule and GDF physical and temporal access and emplacement limitations.

Design and scheduling options were assessed with regards to feasibility and practicability and presented with reasoned justification and a range of supporting references. Links back into other Concepts IPT tasks were made, thus allowing RWM to make use of the work performed and benefit from an integrated approach.

MCM has led a study with QJ Science (formerly Quintessa Japan) for JAEA to consider a range of disposal concepts. A number of design variants were considered and assessed against the reference KBS-3V disposal concept, including different container overpack options and cavern layout options. The work involved preparation of concepts information for JAEA teams (covering R&D, performance assessment and design) and application of  multi-attribute analysis software to aid visualisation of assessment outputs, as illustrated below. MCM, with their partner ATKINS, were contracted to RWM in order to carry out feasibility  studies  into the design  of  disposal  vaults  for  multi-purpose  containers  (MPCs). The  MPC  concept  involves packaging spent fuel for  long-term  dry  storage, after  a  period  of  cooling  in  a  fuel  pond, and  negates any need for additional direct  handling in the process of the waste’s eventual  transport  to,  and  disposal  in,  a  geological  disposal  facility. MCM were able to support the feasibility of ventilating, constructing and operating vaults for MPCs containing PWR spent fuel through the application of system engineering expertise – determining user requirements and system requirements, before an analysis of concept options and a summary of feasible concept designs was able to take place. A review  of  GDF  backfill  emplacement  technology  options considered  the  ability  to  emplace  localised  and  mass  backfill  around  the  MPC  system  being  developed  for  UK  PWR  SF,  considering  horizontal  or  vertical  emplacement  in  disposal  tunnels  and  vault-based  layouts  and  the  ability  to  backfill  different  materials  around  such  containers  in  a  range  of  geological environments.

MCM, with their partners Galson Sciences and Neall Consulting Ltd, were contracted by the NDA to review disposal options under consideration internationally for the disposal of higher activity radioactive wastes, including Spent Fuel, High-level Waste and Intermediate Level Waste. The two review reports (SF/HLW and ILW) were published by NDA in 2008 have since become key reports to underpin their selection and definition of illustrative disposal concepts used in the RWM generic Disposal System Safety Case (gDSSC).

MCM provided the lead support to NDA to manage an international gathering of experts to participate in a concept options meeting focused on discussing issues surrounding high-level radioactive waste (HLW) and spent nuclear fuel (SF). A primary objective of the workshop was to gain a better understanding of how other countries have approached a justification for the selected repository concept and how the respective regulators have been involved in this process. The workshop involved representatives from several European waste management organisations and regulatory authorities, together with UK regulators, NDA staff and UK contractors working in the field of radioactive waste management. In the main report, twelve generic disposal concepts are described and assessed against a set of evaluation factors, intended to reflect the range
of considerations involved in making choices between options. It is emphasised that the selection of a preferred concept is inappropriate at such an early stage in the siting process, and that the details of an optimised final design might be considerably different when adapted to specific site conditions.