Waste Disposal Units (DUs) containing Unshielded Intermediate Level Waste (UILW) are currently planned to be transported to a GDF and transferred underground in Standard Waste Transport Containers (SWTC).  Waste DUs would be removed from SWTCs and transferred to the ‘inlet cell’.  The inlet cell, a key part of the GDF, is assumed, by RWM, to be located underground and would be a shielded facility which would allow the remote unpacking and handling of waste DUs from SWTCs.  From the inlet cell, the waste DUs would then be transferred to disposal areas for emplacement.

Dr Ally Clark (MCM) worked with experts at Arup to progress the inlet cell generic design from a Technology Readiness Level (TRL), as defined by the Nuclear Decommissioning Authority (NDA), of 2 – ‘invention and research’, to a TRL of 3 – ‘proof of concept’, thus providing confidence that an inlet cell could be constructed and operated to meet the throughput target for UILW waste packages and be decommissioned in the range of geological environments suitable for hosting a UK GDF. The approach to the design utilised existing proven engineering, knowledge sharing and systems engineering all fully integrated with Building Information Modelling (BIM) technology.

Given the number of Member States with plans to construct a repository for radioactive waste is increasing, the IAEA sought expert input to their draft document which outlines the basic design features of typical disposal facilities for low and intermediate-level radioactive waste, including process and auxiliary buildings and systems. Generic disposal options with increasing depth of containment are shown below.

As an expert in the field, Ally was able to support the IAEA in documenting a generic approach to facility design, communicating essential design principles, outlining key design stages and summarising a wealth of international experience. A generic design process is outlined below. 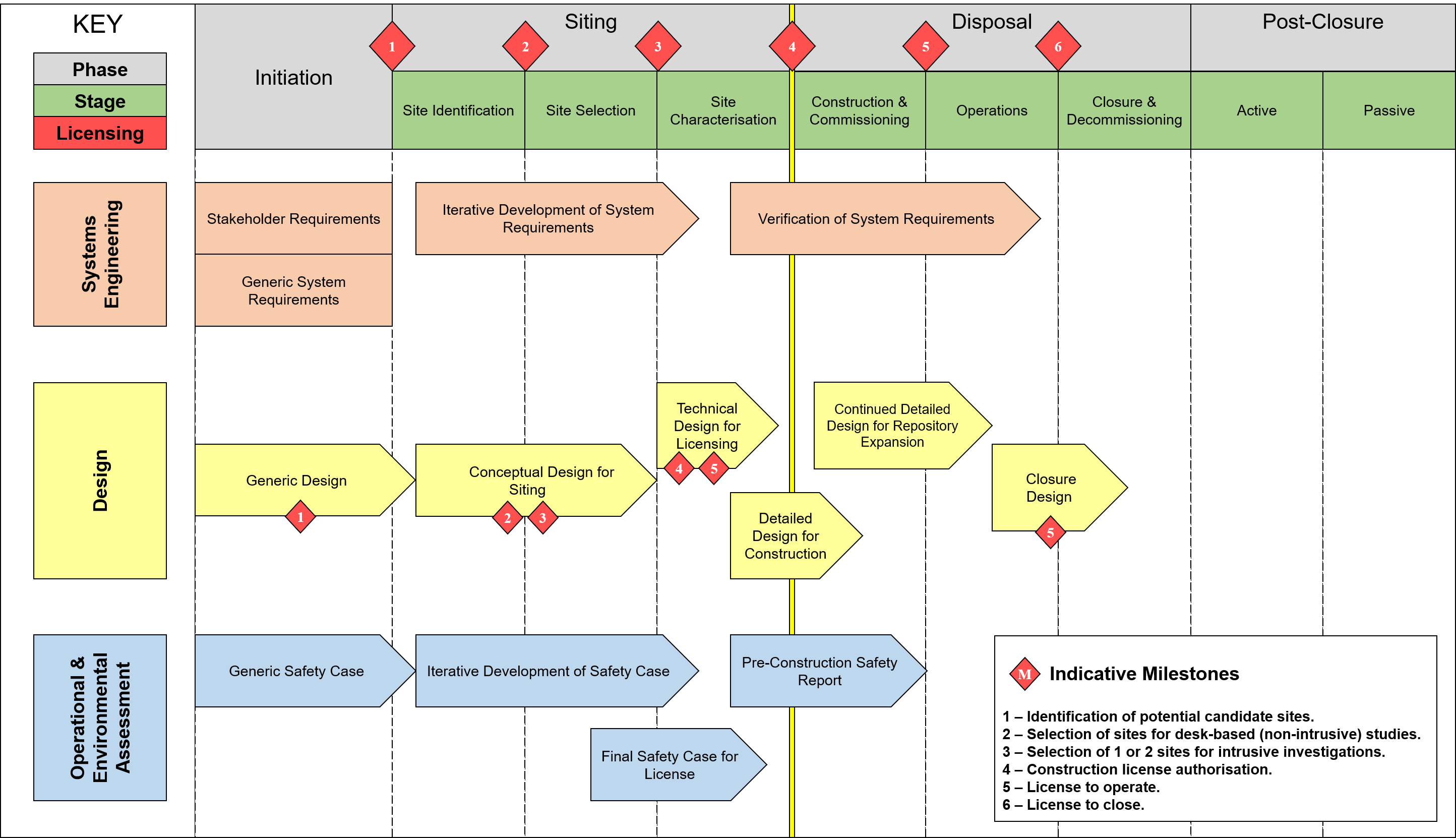 The final document specifies the scope of design works for selected types of facilities, to facilitate better understanding of how to implement requirements related to nuclear safety, radiation protection, physical protection and emergency preparedness.

MCM, with their partners in ARUP, were contracted to support RWM in addressing their need to provide airflow in sufficient quantity and quality to the underground areas of a Geological Disposal Facility to maintain acceptable working conditions for operators and equipment, and to contribute to the isolation and containment of radioactive waste.

MCM defined a set of traceable user requirements, capturing their justification, a measure of effectiveness and method of validation. Following this, system requirements were similarly defined and mapped back to their respective user requirements. The ARUP team continued to define functions to be met by the ventilation system, thus providing a foundation for the design criteria. These design criteria were defined, establishing the ventilation and air flow in every room, space, tunnel and vault of the underground system, for both emplacement & construction ventilations circuits. The ventilation flow diagram at a point 130 years into the construction of the GDF in Higher Strength Rock (HSR) is shown below. With a ventilation concept design for each of the three rock types, based on certain assumptions about the GDF and its contents, RWM is in a position to refine the GDF ventilation system design as other decisions are made with regards to the wider GDF design.

MCM partnered with Wood (formerly AMEC Foster Wheeler) to support the RWM Concept Development Integrated Project Team (IPT) in the development and testing of a concept selection process to be applied to certain aspects of the UK GDF programme.

MAA is “a process which establishes preferences between options by reference to an explicit set of objectives which a decision making body has identified, and for which it has established measurable attributes to assess the extent to which the objectives have been achieved”.

MCM facilitated a workshop for RWM in order to determine the usability of MAA when applied to the selection of a GDF concept design through an evaluation of the MAA components. Specifically, the choice of attributes to be included in a MAA concept selection process were closely analysed along with methods of scoring any such concept through an MAA process.

As a test case, MAA methods were applied to previously developed concept descriptions and, looking forward, RWM user requirements and lessons learned were captured to feed into the further development and refinement of a concept selection process in later phases of concept Development IPT work. 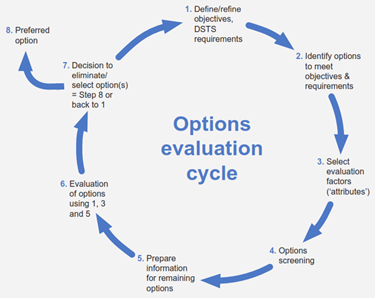 Identification of Voidage Uncertainties in an ILW/LLW Disposal Vault (2011)

MCM supported RWM through the provision of an evaluation of voidage which may be associated and should be considered with regards to ILW/LLW Disposal Vaults in Higher Strength Rock, focusing on the nature and amount of voidage in certain scenarios.